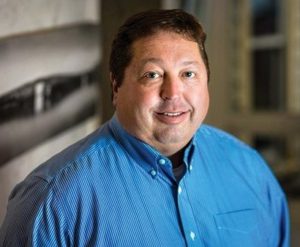 The report didn’t surprise anyone in the industry — the number of registered investment advisers in the U.S. increased again in 2016, and their assets under management increased at an even higher rate.

The news from the “Evolution Revolution” report, published annually by the Washington, D.C.-based Investment Adviser Association, wasn’t news to Maine’s registered investment advisers. The fiduciary-based field is growing in an industry buffeted in the past decade by scandal and a roller-coaster economy.

“When I left trust banking in 1986 to join an RIA, I felt like a pioneer,” she says. “There were few firms in Maine. Even in 1994, when Jen [Butler, chief investment officer] and I founded our firm, most financial advisers were not really embracing the role of serving as a fiduciary to clients, which was our objective.”

“People want to feel understood,” says Scott Upham, managing partner of Cribstone Capital Management. Independent RIAs don’t fit the paradigm of the big investment firm, he says; the priority is to figure out what a client wants, then help achieve it.

Investment advisers are required to be fiduciaries. Unlike broker-dealers, they must comply to rules showing they have the investor’s best interests in mind. That’s become more important in the wake of the recession and the investment scandals of a few years ago.

Last year there were 12,172 investment advisers registered with the Securities Exchange Commission, up 2.7% from the 2016 report, published by the Investment Adviser Association and National Regulatory Service. The number has risen 6.3% since 2011. Today’s RIAs have $70.7 trillion assets under management, up 5.8% from 2016.

RIAs in Maine number anywhere from 60 to 90, depending on the source; many of them are independent.

The typical RIA cited in the report looks a lot like those in Maine, with an average of nine non-clerical employees and $333 million in assets under management. They deal mostly with individual clients. IAA defines a small firm as 50 or fewer employees.

“Small businesses are the core of the investment adviser industry,” the report says. It says 56.8% of firms reported that they employ 10 or fewer non-clerical employees; 87.4% reported employing 50 or fewer.

Portland’s R.M. Davis is the state’s largest RIA, with 50 employees and $3.8 billion under management. But by the definition of the trade association and the “Evolution Revolution” report it is a small firm.

The firms are also small when compared to the major wirehouses, or broker-dealers, like Morgan Stanley and Merrill Lynch, each of which has more than $2 trillion under management.

The increase in registered investment advisers is partially because as wirehouses consolidate, advisers are leaving to go it on their own.

“We are seeing more and more smaller [RIA] firms cropping up of these individuals leaving those firms,” Noyes says.

Upham is one of those who broke away. He was an adviser with Ameriprise before becoming an independent adviser in 2015. “There are a number of new firms, and they’re being run by very seasoned people.”

He says there is room for everyone. “There are just a lot of different ways to hang your hat within the industry.”

Maine’s RIAs range from those with billions under management and dozens of employees, to those the size of Cribstone and Deighan.

But at Maine’s bigger firms, like Davis and Portland’s H.M. Payson, which was founded in 1854 and has 40 employees and $3.3 billion in assets under management, the philosophy is the same as it is at the smaller firms.

“It’s such a simple business model,” says Payson CEO Peter Robbins. “At the end of the day, it boils down to trust. It’s a relationship business. Not to sound too trite, but nothing is more personal for people.”

“We want all of our clients to understand their financial framework. We never talk over, through or by someone,” she says. “We engage, and people like it.”

The role of financial advising changed tremendously after the financial crisis and scandals of the past decade, Upham says. “It puts us in a far better position in the industry to be seen as objective.”

Clients understand that while an RIA may not know everything, or be able to predict the future, he says, “We understand them, and they know we have their best interests in mind.”

“There’s a general suspicion of firms from away,” Upham says. “It’s not all fair,” but he says clients want to be sure they can trust the person handling their money.

“We get the occasional question about the Madoff scandal,” she says. “My sense is that the majority of independent investment advisory firms in Maine have reputations for ethical behavior and personal integrity among the practitioners. We see that most clearly with our out-of-state clients.”

Find what you’re looking for

While the state’s independent investment adviser industry is thriving, there are still challenges.

“The competition for clients’ business is intense,” says Dion.

Robbins says another effect of the fallout from Madoff and other scandals is higher compliance costs.

“It’s really raised the cost of doing business,” he says. At the same time, fees charged to clients have decreased.

“It’s a tougher environment for the small RIA, and that makes scale more important,” he says.

Cribstone’s Upham says that Maine firms manage to do well in a small economy by finding ways to define themselves. His advice to someone looking for a financial adviser would be, “Find what you’re looking for.”

His firm has several nonprofits as clients, something that would have surprised him years ago. He also has clients who have deep ties to Maine, but don’t live here.

Deighan’s firm is a rarity — its three principals are women. But she says that doesn’t define who the clients are.

“We have a lot of long-term male clients, lots of couples, and of course women,” she says.

“We have always attracted a lot of clients who are in transition,” she adds. Clients who have inherited money, lost a partner, or are facing retirement “and the future looks like a fog bank.”

At Bigelow, Dion, another female principal, has six full-time and two part-time employees, and $210 million under management.

“The client base in Maine is a mixture of people who have inherited wealth, business owners and professionals who are highly successful in their field,” she says. There are also executives or managers who got stock options or grants as part of compensation.

When Upham was forming his firm a few years ago and looking for a symbol for the logo and website, nothing felt quite right.

Then the Brunswick native realized it was right in front of him: the historic cribstone bridge that links Orr’s and Bailey islands in Harpswell. The one-of-a-kind bridge was built with stacked and cross-laid granite slabs, a simple, yet effective way to withstand weather and changing tides.

“I wanted something that was strongly linked back to the past,” says Upham. “But it’s also built not to deteriorate with time.”

Likewise, Dion says, “Many of our clients are not people who look like the Hollywood version of a multi-millionaire. It is changing somewhat, but in general, in Maine there is a sensibility that discourages a lot of conspicuous displays of affluence.”

When Deighan began her firm in 1994, “We distinguished ourselves then by declining any transaction-based income.”

Jeff Carlisle, a founder and managing partner of Vigilant, says the trying times of the past decade helped make that model a trend.

“Vigilant was created in 2002, during the last year of a significant market downturn, which commenced in 2000 with the bursting of the tech bubble,” he says. “And in 2008, we all endured the near-collapse of the global financial system.” He says investors realized they needed an investment adviser who follows the fiduciary model, putting client interests first.

Vigilant has 19 employees and $984 million under management.

Because of their fiduciary role, RIAs will be largely unaffected by another aspect of the fallout from the economic crises of the past decade — an Obama-era fiduciary rule crafted by the U.S. Department of Labor that tightens how investment advisers inform clients regarding retirement funds. The requirement is already in place for RIAs. That rule was supposed to go into effect in January 2018, but has been delayed until July 2019.

“The fiduciary rule will not change anything for us,” Deighan says. “We have always been transparent and placed our clients’ interest first.”