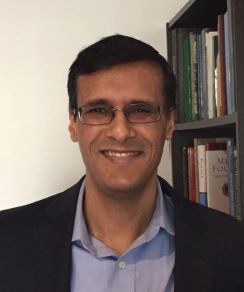 Amyn joined Cribstone in January 2019 as Advisor and Member of the Investment Committee, promoted to Chief Investment Officer and Chief Operating Officer in October 2019. He was most recently with the U.S. Treasury, where he was Senior Advisor to the Under Secretary for Domestic Finance working on U.S. Housing Reform and Puerto Rico debt restructuring, among other issues. Prior to UST, Amyn spent almost 15 years in event-driven investing, as Director at Taconic Capital and Partner at AINA Capital.

Amyn did his BSc. from MIT and began his career at Goldman Sachs as an analyst in the Mergers & Acquisitions Group. He currently resides in Brunswick with his wife Shenila, who is a Professor of Gender Studies at Bowdoin College.