HomeNewsCribstone Embarks on Its Second Generation

Cribstone Embarks on Its Second Generation 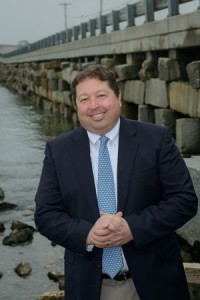 Scott Upham is a wealth manager on a mission — and the conversion this week of $500 million-in-assets Cribstone Capital Management to RIA status is just part of his plan.

“We have the scale, the families we work with are overwhelmingly in favor, and now we’ve got the team,” managing partner Upham says of his firm. “It’s time to move forward.”

Upham joined Augusta, Maine-based Cribstone — until this week a long-time independent affiliate of Ameriprise — three years ago, with a mandate from firm founder Joel Davis to take the business in new directions. “‘Be critical of what we’ve done,’” Upham says Davis told him in 2012. “He said, ‘Do what makes us better.’”

Davis first got to know Upham, who is two decades his junior, about 15 years ago. “He was at Ameriprise, running a team of 12 to 15 wholesalers and helping us work with our families,” Davis says. “I learned he’s a good guy and extraordinarily passionate about client service.”

From Ameriprise, Upham went to Russell Investments as a consultant in 2005. That move would influence Cribstone’s current business-development efforts. “At Russell, I saw how, for advisors, working with nonprofits can lead to success,” he says. In particular, Upham noticed that nonprofits with less than $50 million to work with — what he calls small to medium-size outfits — were eager for hands-on help from experienced independents.

So when Upham joined Cribstone — already one of the biggest independent advice practices in Maine — as Davis’ successor-in-waiting, he was determined to expand the firm’s institutional business. Today, endowments and foundations account for about a quarter of the firm’s assets under management, with many of these nonprofits linked to its high-net-worth clients.

But Upham isn’t guiding Cribstone into nonprofits just because he sees it as a good ancillary to an established wealth-management business. He also believes he’s spotted a significant regional opportunity. “The Maine nonprofit community is looking for endowment and foundation managers from this area,” he says. “But they can’t find them, so they’re looking out of state.” He believes Cribstone is well placed to continue winning nonprofit mandates in Maine and throughout northern New England.

In gearing up for such business a few years back, Upham took Cribstone through what he calls a “benchmarking” process. As a result, he says, “we saw we had some shortfalls.” The exercise led to a review of the firm’s portfolio-rebalancing options, which in turn persuaded him, Davis and business partner Odette Galli that RIAs have better service options than most brokerage affiliates can get. “And of course our families are ecstatic we now have zero corporate interest in our business,” says Upham. 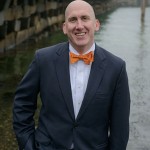 In addition to becoming an RIA — a process it hired Dynasty Financial Partners to help with — Cribstone this week also hired veteran advisor John Duffy. He’s a cofounder and former managing partner with Duffy Anderson Investment Management, an LPL Financial affiliate in Cumberland Foreside, Maine. Duffy will help run a Cribstone satellite office in that community, which is just north of Maine’s largest city, Portland. “John is a good fit for us,” Upham says. “He matches our thought processes, he’s a holistic advisor and he’s in a perfect spot.” Duffy did not return calls for comment by press time.

Meanwhile, Davis remains enthusiastic about his choice of Upham as successor. “He has stepped into a very complex practice with lots of different kinds of clients,” he says. “He’s doing what I would be doing if I were 20 years younger, only he’s doing it better.”